In its new home at MICA in Baltimore, Globe’s in the classrooms, on press, and still making headlines.

We’ve always got our fingers in an ink can or two, so keep up with Globe through Instagram and our shop. Read more about Globe’s recent history and transition to MICA, and send us your images of “Globe in the Wild.”

We’d love to hear any stories you have about Globe – keep in touch. And add your name to the list as a Friend of Globe.

Globe Collection and Press at MICA

The type, engravings and other tools that made Globe famous now reside at MICA, as the Globe Collection and Press. Check out new work made with these great creative tools, as well as restrikes from our huge letterpress collection. And if you're looking for a custom poster in the Globe style, send us a note!


Spot a globe poster in the wild?
Let us know!

In 2010, a small group calling itself Friends of Globe formed with the intention of preserving Globe Poster, then in the process of shutting its doors. 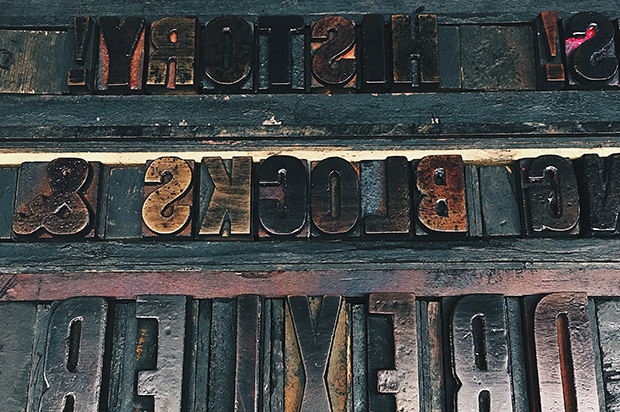 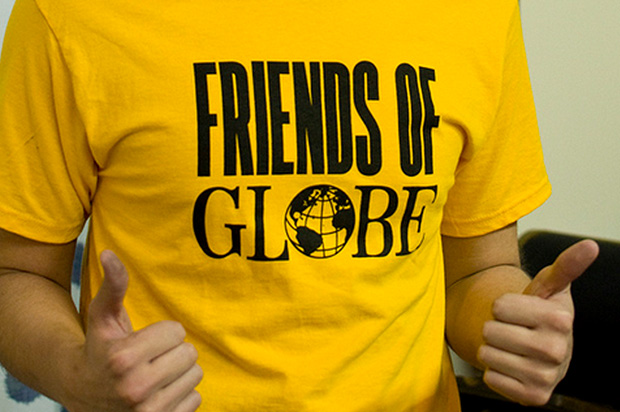 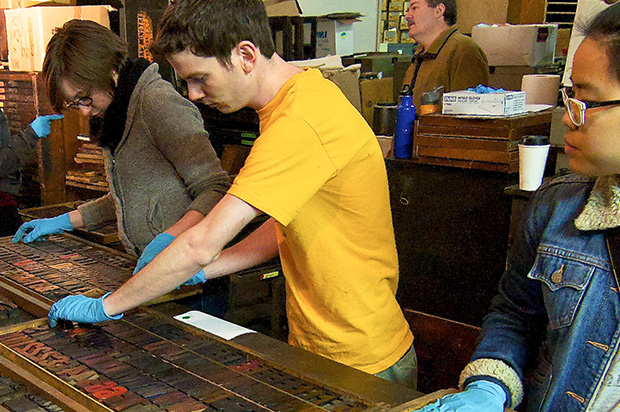 Ande Campbell, Mary Mashburn, Steve St. Angelo, Christian Sturgis, Jean Thompson and Sue Walther started the process of looking for a new home for Globe in partnership with Bob Cicero, then running Globe with his brother, Frank. The group, drawing on the expertise of Globe friends Joe Galbreath, John Lewis and Elaine Eff, came to the conclusion that a home that allowed for Globe to be used and appreciated by a new generation of printers would be ideal.

And that led the group to MICA, where Mashburn was an adjunct professor, teaching letterpress in the Printmaking Department. A student Friends of Globe group formed under the leadership of Allison Fisher and began to push for the collection’s acquisition.

Thanks to an introduction from Julian “Jack” Lapides, and the tireless work of the students and many faculty and staff at MICA, that vision was realized in 2011 when MICA purchased a sizable portion of the Globe collection and brought owner Bob Cicero to MICA to teach the Globe style.

The student Friends of Globe blog chronicles the days of pushing for MICA to buy the collection, the months of packing that followed the acquisition, and the arrival of the collection at MICA.