Lore has it that Globe was founded over a card game in 1929. Norman Goldstein and Harry Shapiro chose its location by folding a map; the crease landed on Baltimore. Globe grew into one of the nation’s largest showcard printing companies.

Bob and Frank Cicero, owners of Globe before it moved to MICA in 2011. 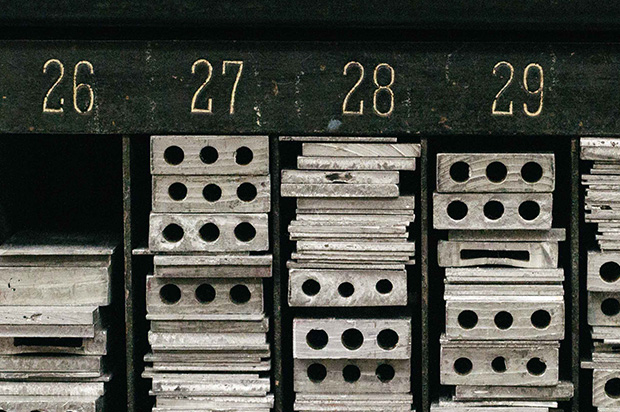 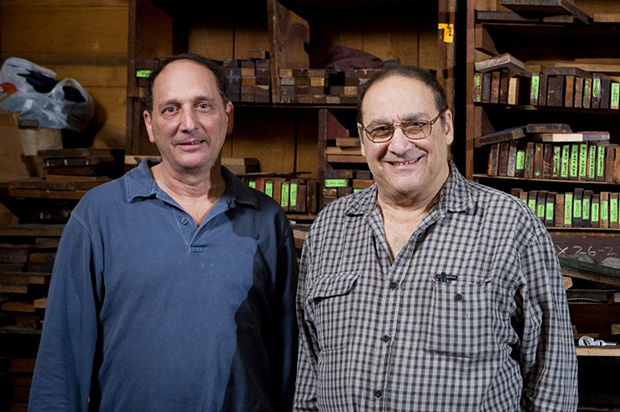 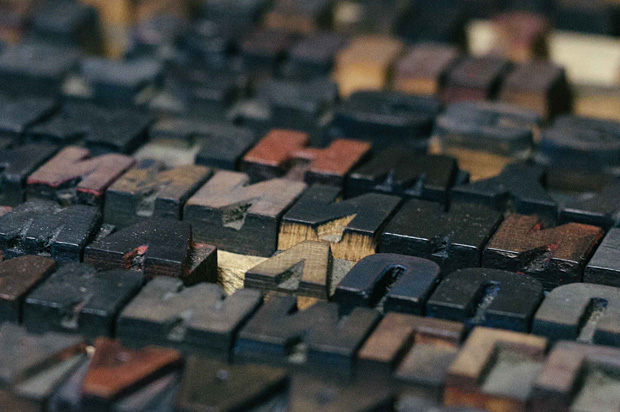 In 1954, Norman Shapiro took over the company from his brother Harry, and in 1975, Joseph Cicero Sr., a longtime employee of the company, purchased Globe from Norman. Cicero’s sons, Bob, Frank and Joe Jr., followed their father into the business, carrying Globe’s iconic style forward into the rap, hip-hop, and Go-Go scenes.

At its peak, Globe printed more than 20 music poster jobs a day in addition to bread-and-butter carnival, fair and political posters.

The Globe shop, which had several different addresses in Baltimore over the decades, rumbled with the motion of the large cylinder presses used to print letterpress forms on top of day-glo screenprint backgrounds.

With demand for posters dwindling in the digital age, the Cicero brothers decided to close up shop in late 2010. But Baltimoreans and students aware of Globe’s legacy formed a Friends of Globe group to find a new home for its treasures. Because of that vision, the desire of the Ciceros to keep Globe in Baltimore, and MICA’s creative thinking, Globe did not die.

Boxes and crates of wood type, letterpress cuts, posters and other Globe holdings moved from Highlandtown to MICA in the summer of 2011, and when the fall semester started, Bob Cicero began teaching a new generation of artists how to make a poster “pop.” The acquisition of the Globe collection by MICA keeps Globe’s legacy alive as a working press, a teaching tool, and a source for research. 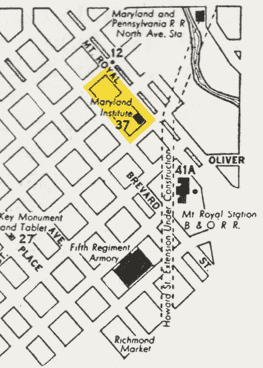 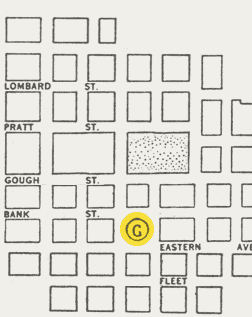 “Although Knorr’s designs were fairly sophisticated for the Eisenhower era, he never forgot that Globe posters were more utilitarian than artistic, a notion he passed along to his disciples, including Frank Cicero, who took over when Knorr retired and who considers his work primitive as compared to Harry’s work. ‘The main thing Harry taught me was to make sure a poster could be read within seconds. Harry always said that you should be able to read it in three seconds. I think that’s true. And that’s how I judge our posters.’ ”

From John Lewis’ essay for the book Pump Me Up: DC Subculture of the 1980s, compiled by Roger Gastman

Globe’s first posters were letterpress printed, with blocks of basswood carved to make backgrounds and illustrations to accompany the gothic wood type. Later, with the advent of DayGlo ink, the company added the vivid screenprinting that made the posters pop on telephone poles and buildings.


At MICA, Globe posters are printed on Vandercook proof presses instead of the massive cylinder presses used in earlier decades.

Globe’s shop included drawer upon drawer of wood type ranging from incredibly slender to almost comically wide, in a range of heights. Harry Knorr’s hand lettering created a reusable visual library of blocks that shouted phrases like “Live!” and “In Person!” and brightened commonly used words like “the,” “and” and “thru” to bring variety to each poster.